The best islands in the world

Set sail, captain! We are heading to some of the most extraordinary places on the planet. Whether you are frost lover or tropical beach enthusiast, this voyage will take you to your new favourite spot for sure.

Our destinations will consist of various islands located from the far wintery North to the soft sand beaches of the Tropics where most of the 2000 islands are located. But don’t be mislead by this number. There are much smaller islands such as atolls, cays and islets numbering in hundreds of thousands.

Following the steps of the ancient Vikings we reach the northernmost part of the Danish kingdom. Greenland is the largest island in the world. However, mostly covered in ice and snow it has more white that any other color in it. With only 50 thousand inhabitants it is also one of the most scarcely populated lands. The capital of Nuuk with all its colorful houses and buildings lies opposite the giant snow mountain facing the ocean.

Most Indonesian citizens “decided” to live on Java, making it the most populous island in the world. This lovely place hosts high mountains, low farmland and tropical rainforest. Situated on its northern cost is Jakarta, a bustling city of more than 10 million inhabitants. Indonesian is the official language and spoken by most as the first or second language, with English and Dutch being also present. This linguistic paradise is unique with new languages still being discovered in the jungle.

Great Britain was a birth place of a civilisation that once ruled one quarter of the world (including many other islands as well). Today, this island is home to one the most developed economies. With British influences and diplomatic ties still reaching everywhere, this island continues to thrive. Its capital London is leading banking and financial center with half of its population tracing their immediate ancestry from all four corners of the world. While many people came to live in Britain, this wonderful country gave something precious in return: the English language as a global lingua franca.

Usually, putting a pedal to the metal involves getting a fine. But not on the Isle of Man, a unique UK island which has its own parliament and passes own laws. None of latter say there is a speed limit outside the inhabited towns making it a perfect spot for enthusiast drivers. Enjoy your engine roar as much as you like but beware those winding roads and high cliffs.

In short, Australia is a continent, not an island. However, just south of it across the sea lies Tasmania, a “real” island. Don’t be scared by eeriness of its forests at night amplified by sharp cries from another world. This sound belongs to a cute, rat-like, fierce animal called Tasmanian devil. This little night-dweller belongs to animals that keep their young in a pouch. Give it a little something to eat and this devilish creature will devour it in an instant.

“Ela, ela” is an invitation call often heard on Santorini, a Greek island consisting entirely of a volcanic caldera – an erupted volcano leftover. This ancient disaster echoes the fate of long lost Atlantis and ancient ruins of Akrotiri might offer a clue to the mysterious story. Today, this picturesque island is home to white-washed houses densely gathered in several villages. Beautiful Greek Orthodox churches adorned with blue domes face the bottom of caldera from the cliff.

Au unique blend of Byzantine, Norman-Catholic and Arabic styles gave rise to a magnificent Cathedral of Monreale. Located in the northern part of Sicily this astonishing structure says of lot about this Italian island’s history. It is one of the true Mediterranean gems along with one of the few Europe’s active volcanoes. According to the Greek mythology, the forges of Hephaestus were hidden right there under the Mount Etna whose smoke can be seen from time to time when this deity gets angry. Speaking of gods, treat yourself with some of the best wines along the rocky coast of Sicily. It is a perfect place to do it.

Yet another volcanic island rises from the seas of Indonesia. To be precise, a range of volcanoes make a huge part of Bali, one of the loveliest and most popular islands in the world. Beautiful beaches and exotic all-inclusive resorts dot the coastline which is in the state of constant and rapid development. However, getting away from the sea inland, we find numerous rice terraces hidden among lush vegetation. Palm trees adorn the scenery all the way up to the Lake Baratan. This misty lake with a Hindu temple at its edges makes it an ideal spot for filming, as the whole island is, as a matter of fact.

They are sinking. It’s quick and irreversible. It is estimated that, at the current rates of sea water levels rising, the Maldives will sink in 50 years or so. The tropical archipelago consists of 26 atolls, circular coral reefs with more than 1000 tiny islands emerging around them. Will “buying a new homeland” succeed or will Maldivians become climate refugees is yet to be seen. All we know we are going to miss this Garden of Eden much.

Numerous grayish thatched roof bungalows on stilts adorn a very special lagoon island in the Pacific. Bora Bora is one of the most beautiful islands in the world – the lagoon surrounds the entire island which is in turn encircled by a coral reef and many smaller atolls. If you dare to go to a shark-feeding dive this is an exciting and idyllic place for holidays.

Now let’s do something super cool! Riding in a vintage car from the fifties and cruising around some of the oldest sites of the New World is a truly amazing experience. Couple it with smoking a cigar and drinking a cocktail – it can’t get cooler than that. Cuba, one of the most wonderful places on Earth, is not just an island but a global lifestyle Mecca. With a 5700 km long coastline its beach bars offer variety of cocktails – many of which are originally from here. Also, there are many other tourist attractions and things to do around the coral reefs and thousands of cays. On top of that, full-fledged health tourism has become extremely popular and has been attracting more and more people from all over the world.

A well preserved medieval fortress dominates the fertile land covered with lavender, olive trees, vineyards and orchards. The rulers of Hvar had certain authority over the Adriatic and its trade routes. In the power struggle, there was a shift from ancient Neolithic people to Illyrians, Greeks, Romans, Byzantines, Slavs, Italians, Hungarians, Austrians and even French at one point. The Slavic culture prevailed and Hvar became part of Yugoslavia, and then Croatia today. There are many fortifications on the island, as well as beaches and moored yachts. The luxurious boats along with narrow cobblestone streets, cafes and promenades enwreathe this place in a unique Mediterranean flair.

Dropping anchor next to our lovely islands, these were some of the most exquisite places ever imagined. Book your next trip and feel free to enjoy.

Thoughtful thoughts to your inbox 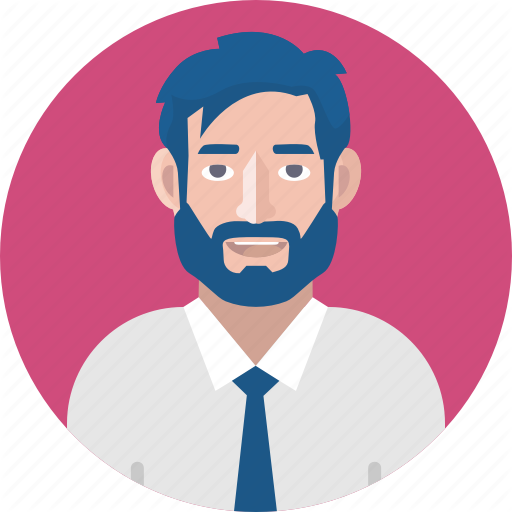